I'd made this just for fun, although was the most desapointed movie in years.
I don't know why but i put many expectations on this film, maybe because the project was been doing from long time ago and pitched by many hands or the good cast included Kevin Costner and Russell Crowe.
The look of the film and the score was amazing but the script really was one of the worse that i ever seeing on film in my life. David Goyer and Zach Snyder put these terribly ideas on a great memorably character and results in a really biggest stupid movie.

The movie is about a sad and resentful alien who was adopted and raised by a selfish man who teach him to hide his super powers no matter what, but suddenly find his biological father from Krypton who impulse to use his power just to play with and becomes to super selfish man. He consult to his shepherd like a good christian and he tells him to do whatever his heart want, so Zod comes to bother him and makes him more angry so fight together to destroy the entire city of Metropolis and Smallville whit so much CGI to through away, between all devastation he fall in love with a pretty hot reporter Lois Lane because... Zach Snyder want it. Crap!
Publicado por OSCAR HERNANDEZ en 3:38 PM No comments: 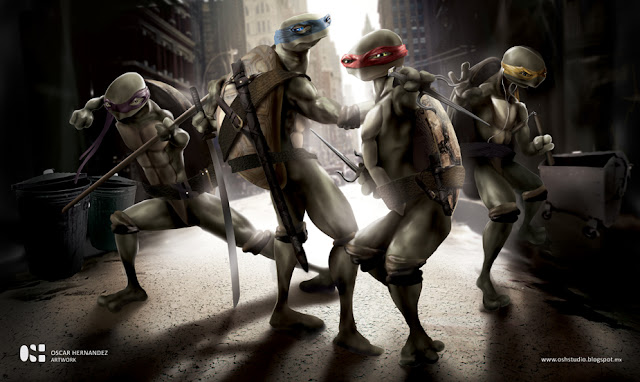 When i notice that Michael Bay was involved on the TMNT reboot i felt very disappointed because i don't think he was the indicated for that...I don't think that the film will be good at all but i wanted to drawn a little idea of how i would like to see those characters that when i was a kid made me crazy.
Publicado por OSCAR HERNANDEZ en 8:36 PM No comments:

THE GIRL WITH THE DRAGON TATTOO 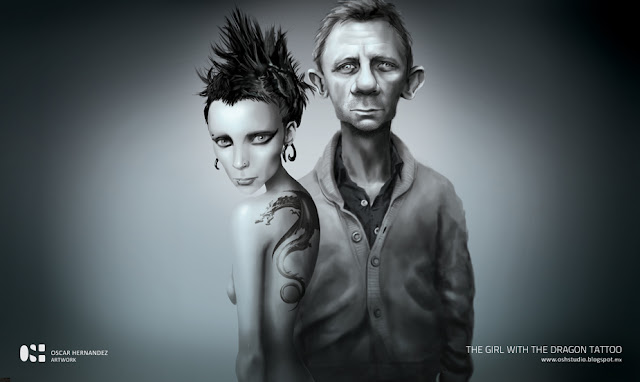 Another film from Fincher who gives to the remake a really really good touch in my opinion. I love the look that he always put in his films.
I decided to work on this when i have been inspired by listening the new version of Immigrant Song of Nine Inch Nails that he made for the film. Like it.
Publicado por OSCAR HERNANDEZ en 8:31 PM No comments: 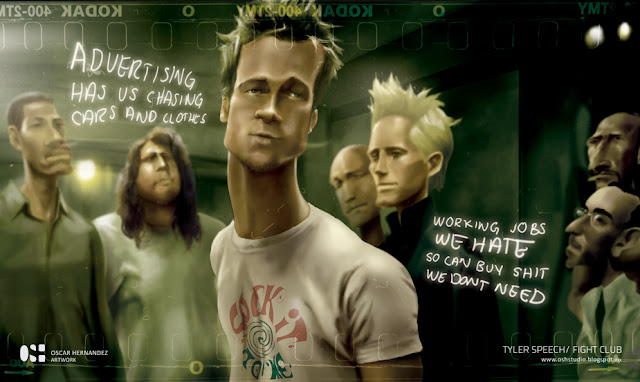 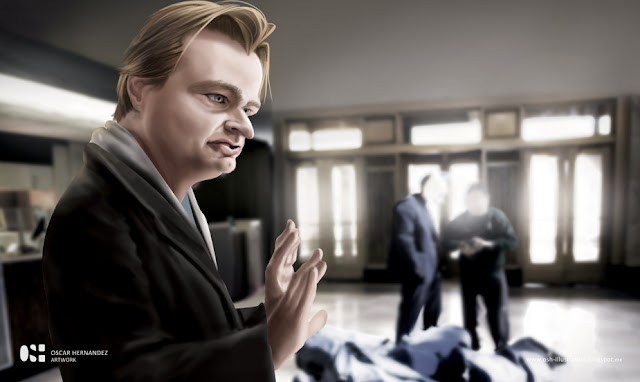 Cristopher Nolan is not on my Top Ten list of directors, but in my opinion is one of the few of Hollywood filmakers promises currently.
Publicado por OSCAR HERNANDEZ en 2:56 PM No comments: 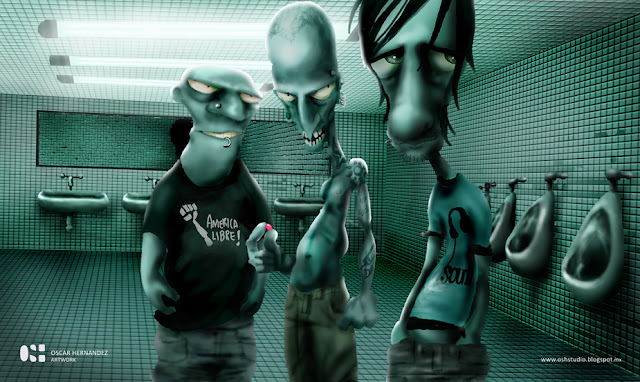 Conceptual art developed for a short film on production, written and directed by me. The film has been cooked since seven years ago, hoping that being reactive the next year.
Publicado por OSCAR HERNANDEZ en 7:11 PM No comments: 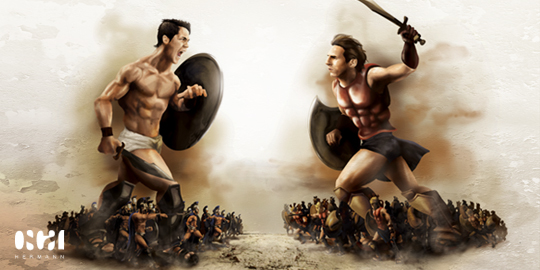 OSCAR HERNANDEZ
Hi! My name is Oscar Hernandez OSH. I am a self-taught mexican artist, i enjoy to work in a traditional and digital media, also like to make photography, writing and film. I been working as illustrator and graphic designer for some greatest brands like National Geographic, Ferrero Rocher, Kellogg's, Hershey's USA, Oracle, among many others.